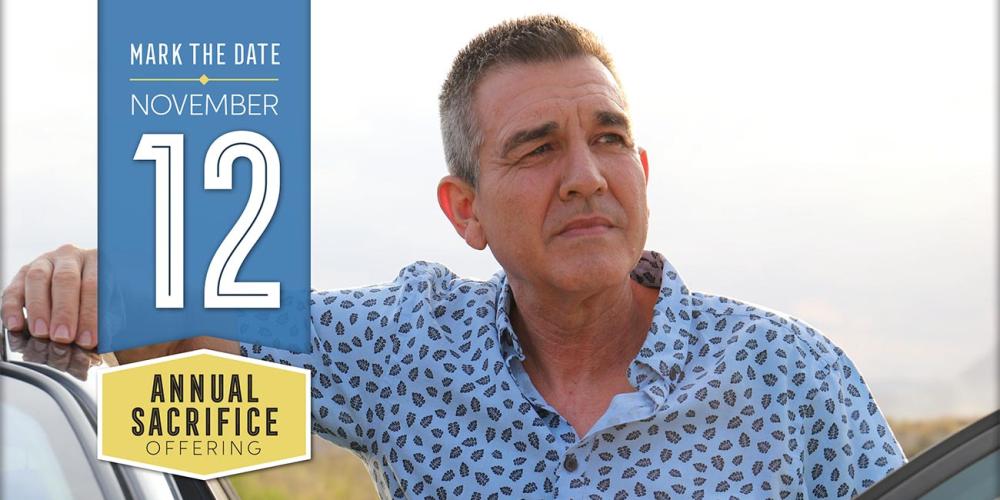 Watch this video to learn more.

If you could make a difference in someone’s life by giving something up for one week, what would you give up? What would you sacrifice for mission? A pizza? A new pair of shoes? The latest issue of your favorite magazine?

Think about what you will give up for, say a week, and then give the money that you would save right now in the offering basket to the Annual Sacrifice Offering for Global Mission.


You’ll be helping to start Centers of Influence in some of the largest cities of the world and supporting Global Mission pioneers in starting new groups of believers among the unreached people groups. Only one third of earth’s population is Christian. That means two thirds of the people on this planet don’t know Jesus.

So, what are you willing to give up for mission?

Watch this video to learn more.