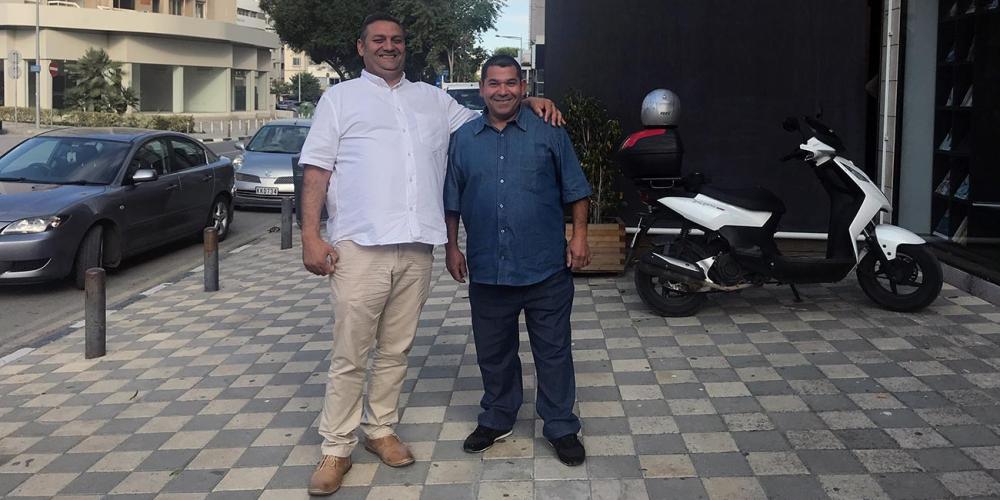 Yulian could barely feed himself from the money he earned shining shoes. He set up every day along a busy walking street in Nicosia, Cyprus. Most of his money went to buy cigarettes and alcohol. A decade earlier, Yulian had immigrated to southern Cyprus from Bulgaria to look for a job.

One day, Filip, a Global Mission pioneer also from Bulgaria, walked by and greeted Yulian, asking if he needed any help.

Yulian was surprised. No one had asked him such a question in a long time. It was nice to hear someone taking an interest in him and speaking his native language, but Yulian didn’t answer the question and just offered him a shoe shine.

While Yulian shined his shoes, Filip told him that Jesus loves each one of us no matter what situation we’re in. The mention of Jesus grabbed Yulian’s attention.

The next day, Filip returned and asked again if Yulian needed any help. Yulian was surprised the stranger had returned. This time Filip didn’t need a shoe shine, so they just talked for a while and looked through the books that he brought. This became a routine.

Sometimes Filip read the Bible to Yulian, and eventually, the shoe shiner opened up about how he’d worked in construction after arriving with his family in Cyprus. He lost his job and was kicked out of his home for drinking. His family and friends had rejected him.

One day, Yulian led his new friend to the abandoned building where he slept. His bed was a hard floor. The sight brought tears to Filip’s eyes, and they prayed together on the street.

Yulian felt valued and felt God’s love through the pioneer’s actions. It was at that point that he gave his life to God.

Although he’d drunk heavily for 35 years, Yulian decided to give up alcohol that day. And although he had smoked heavily as well, he quit a week later. His family welcomed him back home, and now he tells everyone who will listen about his love for God.

Filip regularly leads a Bulgarian-language Bible study. Over three years, eight people were baptized through Filip’s work, a significant number for a country where the Adventist Church has only about 100 members in a population of more than one million. He often spends his time mingling with people, getting to know them where they are.

Please pray for pioneers like Filip, who are sharing a message of hope with their communities. And thank you for supporting Global Mission!