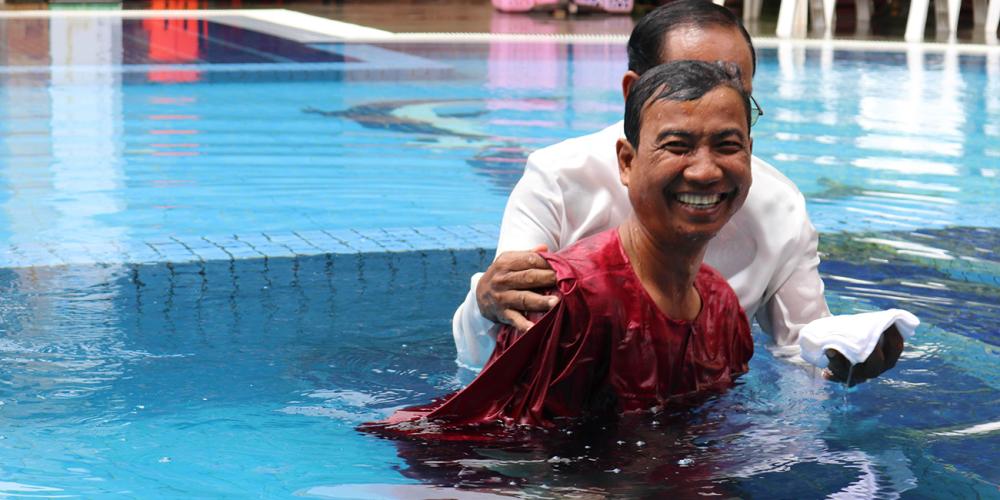 "Why is Saturday so important?” Phon was really confused. Unlike all his other building projects, this one wouldn’t let him work from Friday afternoon until Sunday morning. It seemed so strange to him to take weekly breaks when you wanted the project completed quickly.

Phon was part of the crew building the Essential Life Center in Battambang, Cambodia. This urban center of influence (UCI) features a language center, music school, and restaurant. When Phon asked his Adventist boss, Gary, about the strange weekly breaks, Gary gladly offered a short explanation about the biblical Sabbath and invited Phon to a more in-depth Bible study.

This Scripture-focused message was meaningful for Phon. He believed that the Bible was the Word of God, so he accepted the teachings with an open heart as he studied with Gary. After a while, Phon chose to be baptized and joined the Adventist Church. He wanted his whole family to know the truth, so he began giving them Bible studies. Since then, they have dedicated their lives to Christ through baptism too.

UCIs like this make ripples. First, Phon’s life was changed, and then he ministered to his family so that they were changed as well. Your support of UCIs through Global Mission changes lives!