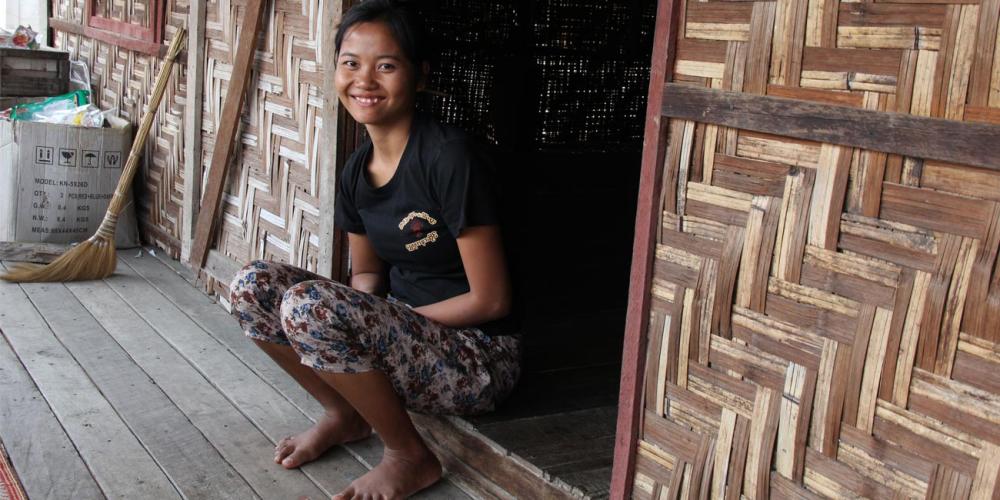 Pioneers are making a difference for Jesus, but they need your help. Please support their ministry with your prayers and donations.

For the past two years, many of you have been helping to establish a drug and alcohol rehabilitation center in the city of Kalay, Myanmar. I recently talked with the staff at the center and with some of the people who are struggling to overcome their addictions there. I’m happy to tell you that not only is this project fully funded now, but it’s also helping to change lives for the glory of God!

As the Global Mission director for the Myanmar Union Mission, Pastor Thang Kang Lo helped with the development and staffing of the center. “Kalay is at the crossroads of the drug trade between India and Myanmar,” he said, “so it was important that we place the center here.”

Called Agape Villa, the center is staffed by three Bible workers. The land for the center was donated by an Adventist lay couple. Currently, 19 attendees, or campers as the staff call them, are in residence. Most of the campers are young. “Even children are dying from drugs,” one staff member told me.

The campers are freqently brought to the center by concerned family members, who are desperate to get help for their loved ones. Upon arrival, the camper signs an agreement that he or she will stay at the center for the duration of the five-month program.

Lalthakima has been at the center three months. “I’m 37 now, and I started drinking when I was 17,” he said. “It really got bad when my wife and I divorced, and I became very discouraged.”

At one time, Lalthakima had experienced peace with God, and he longed to experience that peace again. “I lost everything because of alcohol,” he admitted, “but at the center, I’ve learned that God hasn’t rejected me and that I can have His peace again. I read the Bible and pray every day, and little by little, change comes to my heart. The staff members have helped me have hope again.”

Lalthakima told me that what has been most helpful to him at the center is the strong emphasis on Bible study. “I memorize many verses of scripture,” he shared, “and when I struggle with discouragement or fear about returning to my old lifestyle, these promises protect and comfort me.”

Lalthakima is praying that God will reunite his family. “I destroyed my life with alcohol,” he said, “but I feel like I’ve been given a second chance at Agape Villa.” He was baptized in December 2019.

The staff explained that a camper’s first week at the center is the hardest because they’re withdrawing from substances their minds and bodies have become dependent on. Some of them can’t eat for the first four or five days, and they experience a lot of pain. The staff works with a local doctor, who monitors the campers’ condition and prescribes any medications needed to get them through the ordeal.

After the first week, campers take part in a program designed to connect them with God for strength and healing.

An average day begins with group worship, followed by work time. They may work in the garden, where the campers grow much of their own food, prepare meals, or make bricks to build additional structures at the center. In the afternoon, they participate in various forms of exercise and engage in group Bible study. They also attend seminars that help them experience better mental, spiritual, and physical health.

The staff members love the campers and do their best to take care of them. But their work is very challenging. The campers can be very angry and uncooperative, especially during their first week of detox. Progress is slow, and setbacks are common.

“But there are experiences that encourage us to persevere,” one staff member shared. “After a recent seminar I presented, two campers decided to be baptized. When they gave their hearts to Jesus, I was so happy!”

While some of the changes the staff sees in the campers’ lives are monumental, most are small. For instance, some of the campers who didn’t want to read the Bible are now eagerly studying it and taking notes.

After completing the five-month program, most of the campers go home. But they are welcome to stay longer if they wish or to repeat the program if they’re still struggling with addiction.

One camper who has decided to stay on is a 32-year-old woman named Nguri. “I started drinking two years ago when my husband divorced me and took my two-year-old daughter,” she told us. Nguri was heartbroken. Most of her friends drank, and soon she was trying to numb her pain with alcohol.

Nguri came to the center in 2019. “I wanted to be here,” she said. “I knew that unless I sought help here, there was no way I was going to stop drinking.”

Hearing the Word of God gives Nguri strength and hope. “I was raised in a Christian home,” she said, “but here I have found a fuller gospel message. I really sense God’s love. My eyes and heart are open wider to Him than ever before. I’ve stayed longer because I want to continue learning.”

When we asked Nguri what she planned to do when she left the center, she told us that she has been praying that God will reunite her with her daughter and help her be a good mother.

“I also want to serve God,” she added. “I want to do something that encourages addicts like me to hope. We commit this kind of sin because we’ve lost hope. But while we’re sinning, God still loves us. I want to share that truth with people struggling with addiction.”

As I said goodbye to Lalthakima and Nguri, I thought about the question we had asked about their dreams for the future. The question itself was so full of hope. It was because of Agape Villa and people like you who made its ministry possible that they had a future at all to consider.

Thank you for making this Urban Center of Influence a reality with your donations to Global Mission. And please continue to support the start-up of other centers in the large cities of our world so that many more people will find hope in Jesus.

Pioneers are making a difference for Jesus, but they need your help. Please support their ministry with your prayers and donations.