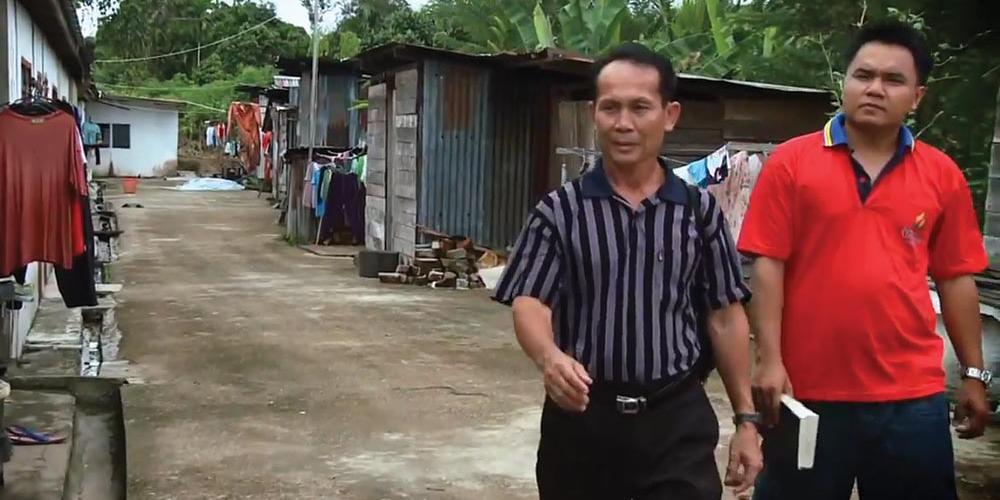 Our church’s passion for reaching the people of Sarawak began sometime between 1888 and 1903 with a visit by missionary Abram La Rue.

Over the years, other Adventist missionaries, evangelists, and lay people followed in his footsteps. It was slow, arduous work, beset by many challenges.

After the disruption of World War II, missionaries returned to Sarawak and reestablished their work among the Dayak tribes.

One of those missionaries was Norma Youngberg, who spent years working among the headhunters in Sarawak and wrote several books about her amazing experiences.

Another was Dick Hall, who brought the first plane to Sarawak in the early 1960s. Wearing boots and a cowboy hat, Dick quickly learned to perform simple dental procedures as well as teach the people about Jesus. He created airstrips in the jungle with the help of villagers who wanted him to visit regularly. “Every place that we made an airstrip,” says Hall, “we raised a church. Then we would walk a short distance from that church to other villages and raise churches there as well.”

In 2008, one of our staff traveled to Sarawak and met Banyang Jamu, a longhouse chief and former Global Mission pioneer. Banyang had visited the other longhouse chiefs with a local pastor and shared the Advent message with them. Several of the chiefs joined the church, and their longhouse members have been baptized as well.

Most recently, the Seventh-day Adventist Church has sent Global Mission pioneers to live and work among the Dayak people. God has blessed their work, and their ministry has been very successful! It’s common to have more than 50 percent of a longhouse’s inhabitants decide to join the church after a year’s time. A single Global Mission pioneer can often reach out to two or three longhouses in a year.

Thanks to your mission offerings and your support of Global Mission, the church is growing in Sarawak!

To view more pictures for this article and to read more articles visit http://am.adventistmission.org/global-mission.