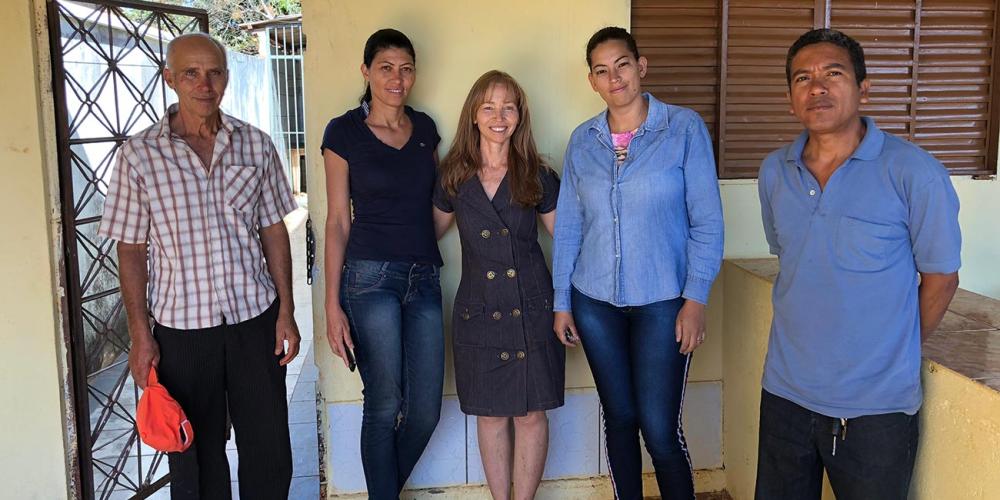 We drove first to the city of Luziania, to a community named Jardim Flamboyant (Flamboyant Garden). We stopped on the street in front of a gated yard with an abandoned home standing at the rear. Several church members had been alerted to our coming and were waiting for us. Two of them, named David and Maria, serve as Global Mission pioneers for the project. There were also four people who have been studying the Bible with Maria.

The group opened the gate and ushered us into the red dirt courtyard area where a large soursop, a kind of fruit tree, shaded part of the yard. A white plastered, mud and brick wall surrounded the yard and the house. The group explained to me that they had only recently purchased this property. The house is virtually unusable, so they meet outside on the porch and under the tree. As soon as they grow large enough, they plan to build their own church on this property.

David and Maria have a passion to share the gospel with their friends and neighbors. They go door-to-door in their community, praying with people, building relationships with them, and eventually studying the Bible with and baptizing them. Their group has grown to about 50 people in two years. One man used to be a pastor of another denomination. He became convinced of Seventh-day Adventist beliefs and, with his family, joined this new group. He tried to quietly resign and turn his church over to another pastor, but many of the members of his church decided to discover for themselves what it was their pastor had learned.

As I spoke with the Adventist pastor supervising this project, I asked him how Global Mission pioneers affect his ministry. He told me that he has a lot of churches in his territory. So many, in fact, that he’s unable to do the work he needs to do effectively. It’s people like David and Maria, who’ve taken responsibility for the day-to-day ministry and growth of the church, that allow him as pastor to get new church plants started. After all, they said, that is the New Testament model. 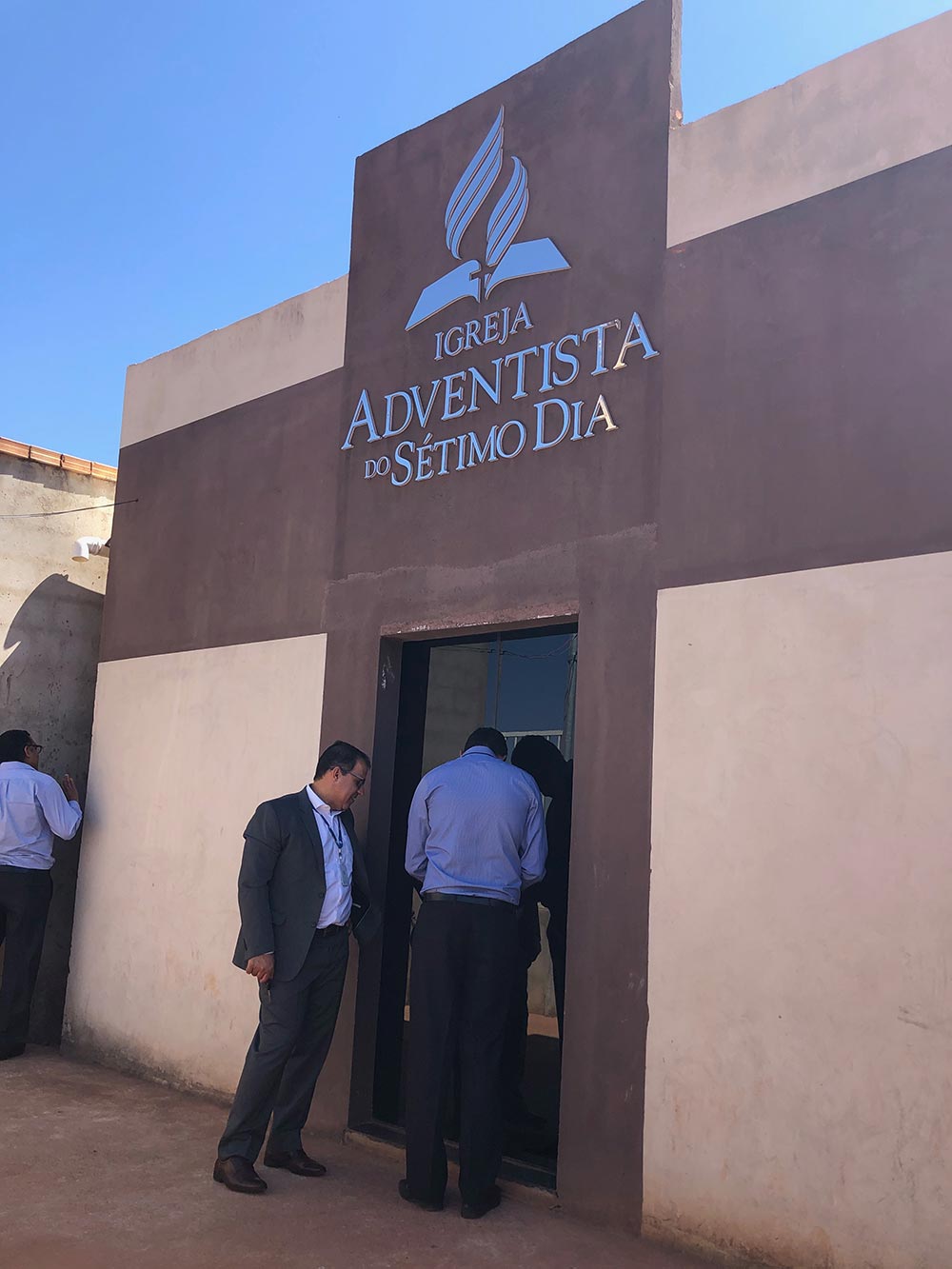 After praying with the Luziania group, we drove to a city called Novo Gama for a brief look at a project that has been highly successful during the past few years. Pulling over at a corner lot, the supervising pastor pointed to a house with a high wall around it. “This is where the church we are going to see began,” he told me. No one was home, but looking through the gate, I could see dogs roaming around the dirt yard and laundry hanging on the line.

As we left, a military police truck with at least six men inside rounded the corner. They glanced at us, but evidently, we didn’t look too suspicious, so they continued on their way. I looked at the pastor, who shared grimly that this is a high-crime area.

Just down the street stood the new church. After a couple of years, the congregation had grown so much that they were able to establish their own building to worship in. Inside the entrance hung a large banner with 4 columns and 13 rows. Three of the columns represented different spiritual growth categories: Bible study and personal spiritual growth, building relationships, and mission. The fourth column listed the number of people who had been baptized so far that quarter, and the rows represented each week in the quarter. Different smileys ranging from excited, to contentedly happy, to neutral, to sad decorated the banner.

I asked the pastor to explain the chart to me. “Each Sabbath,” he said, “the church does an internal check of how they’re doing in these three areas. If they’ve done well that week with studying their Bible and prayer, they get a very happy face for that week. If they had intentionally helped build up relationships with each other and with the community, they get a happy face in the second column. And if they have actively shared their faith or studied the Bible with people that week, the church members give themselves a happy face in that column.” In the baptism column, they had baptized four people so far.

The last church we visited was also located in Novo Gama, in a community called Alpha Ville (First Village). We stopped at a house where the church plant had begun. A Global Mission pioneer named Jeane greeted us. She had worked several years to start this church in her community. Forty people now attend, and they had purchased a church just down the street that had closed.

The group had built a new front for the church to match other churches in the conference. As we spoke with Jeane, I noticed a young woman lurking just inside the doorway of the house. Jeane introduced her as her daughter-in-law, Deborah, with whom she had been studying the Bible.

Pastor Tony told me that two people who had studied with Jeane, Adamer and Francileah, were ready to be baptized. He asked me if I would be willing to preach an evangelistic sermon for the community and then baptize them the next evening. I agreed.

The next evening, Pastor Tony picked me up, and we headed to the church for the special occasion. The building was filled with members and friends. The people sang, I preached a sermon, and then I baptized Adamer and Francileah. It was a wonderful and inspiring end to my visit to Brazil!