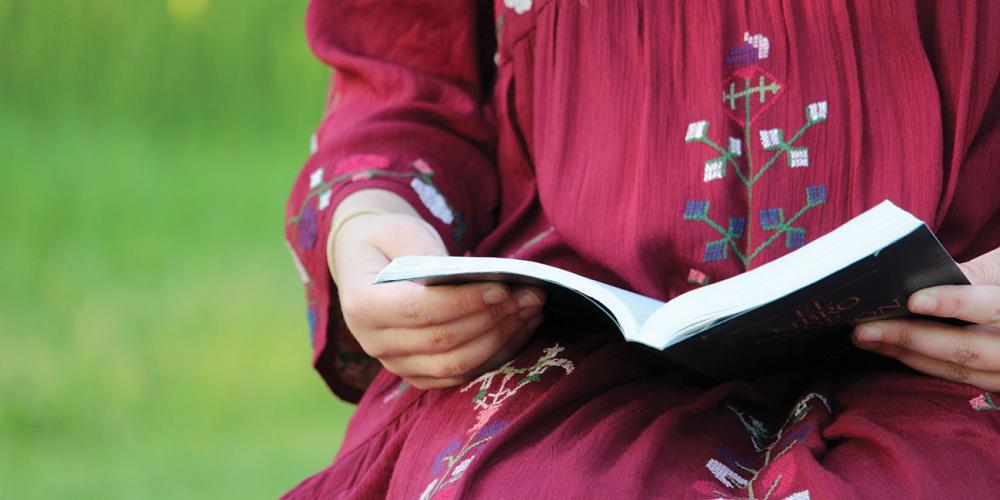 When I found out that I’d be a Waldensian student in a veiled country, I prayed for my future classmates.

On the first day of school, I made a friend named Mariam.* As time passed, Mariam became my closest friend at the university. She even said that I was like a sister to her. One weekend, Mariam invited me to her house. Little did I know that I was about to experience an incredible miracle.

For four days, I became a part of Mariam’s family. One night, Mariam and I were in her room, and we had a wonderful conversation about faith. “Mariam, would you like to read these stories in your own Bible?” I asked. Surprised, she answered, “Yes!” And then I gave her a Bible in her own language.

Later that night, I left the room and when I returned, she wasn’t there. The Bible wasn’t there either. I was so worried. After a few minutes, Mariam appeared and told me that she showed the Bible to her parents. Now I was really worried and thought to myself, I won’t be sleeping in this house tonight! It’s typically not safe to share Bibles here.

To my relief, she told me that they were happy for her and thankful for the gift. I was overjoyed, and I praised God silently. What an incredible miracle!

*Names have been changed.

The Waldensian Student initiative is a frontline mission approach in which Seventh-day Adventist students live, study, and serve in secular universities in veiled countries.