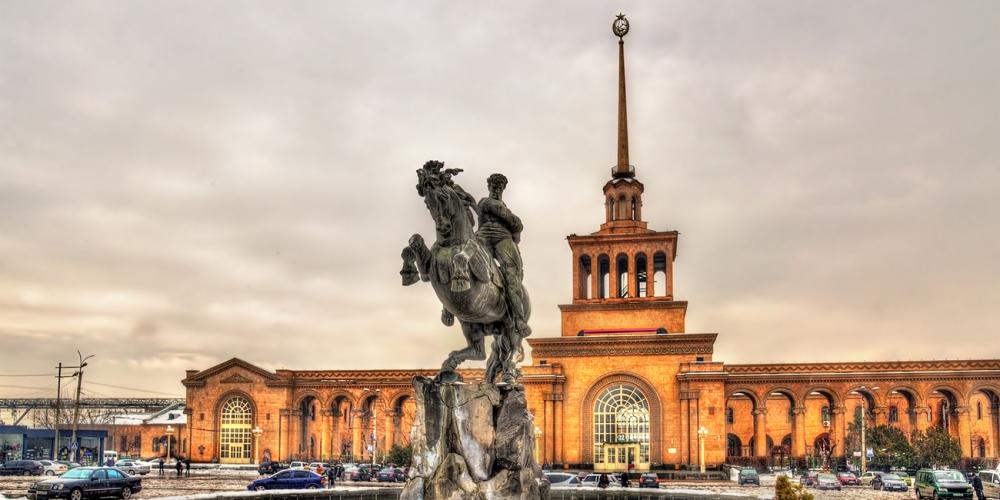 The Republic of Armenia is a small, land- locked country in southwestern Asia surrounded by Georgia, Azerbaijan, Iran, and Turkey. It has been part of many empires throughout history, including the Greek, Roman, Persian, and Ottoman empires. More recently, it was part of the Soviet Union until it gained its independence in 1991.

Armenia is one of only two monoethnic countries in the world. Ninety-seven percent of its population is Armenian; ethnic minorities such as Yazidis, Russians, Ukrainians, and Kurds comprise the remaining three percent.

According to tradition, Armenia became the first official Christian nation in the world when it adopted Christianity as its state religion in ad 301. Its mountainous terrain is dotted with thousands of beautiful monasteries and churches, some dating to the fourth century ad.

More than 90 percent of Armenia’s three million citizens are members of the Armenian Apostolic Church. The Seventh-day Adventist Church has a small presence with some 834 members. It’s a challenging region for Adventist mission, so Global Mission pioneers are helping to grow the church there by focusing their ministry on unentered areas. And the Holy Spirit is blessing their work. People are learning and accepting the Adventist message, and new churches are being planted!

As people join these church plants, they, in turn, are reaching out to their communities. One group discovered that the best way to connect with their neighbors is through health ministry. They put on small health expos featuring lifestyle seminars like the Breathing Free program for people who smoke. Healthy cooking classes are a favorite among community members. They love learning new recipes and tasting the food in a social setting. Some members have even started a colporteur ministry, going door to door to visit people and share Adventist literature with them.

One person who met Jesus through the ministry of a church plant is a woman named Alvard. Shortly after she began studying the Bible with an Adventist friend, her daughter fell from a high wall and was seriously injured. The doctors weren’t optimistic about the young woman’s recovery, and Alvard felt desperate and afraid.

“The windows of the hospital were open, and I was screaming, begging God to help my daughter,” she shared. During her long vigil at the hospital, Alvard’s friend visited her frequently to pray with and encourage her.

“Then a miracle happened,” Alvard related. “God heard my prayer!” She was so appreciative of what God had done, she decided to visit her friend’s church. She felt right at home with the new group of believers, and soon she gave her heart to Jesus and requested baptism.

Global Mission pioneers are frontline workers who truly invest in their communities, and Hovhannes, the pioneer who started Alvard’s church, is no exception. He shares the love of Jesus with many people in town, such as Nune and her family, who are also new members.

“I would like to ask everyone to pray so many more people can join our church and so that we can all be in God’s kingdom when He comes to take us,” Nune said.

Mission work in Armenia is difficult, and church planting can seem like an impossible task at times. But through prayer and God’s power, new groups of believers are being started. Global Mission pioneers have found that by following Christ’s ministry method, they can break barriers that they couldn’t otherwise.

Please pray that unreached people in Armenia and all around the world will come to know Jesus through creative and wholistic ministries. Pray that God will continue to show His love through the work of Global Mission pioneers. Thank you for supporting Global Mission through your contributions and prayers.

Global Mission pioneers are sharing the gospel and God’s end-time message in many countries around the world. Please help them reach the 66 percent of the world’s population who haven’t had the opportunity to experience Jesus.

In the United States: