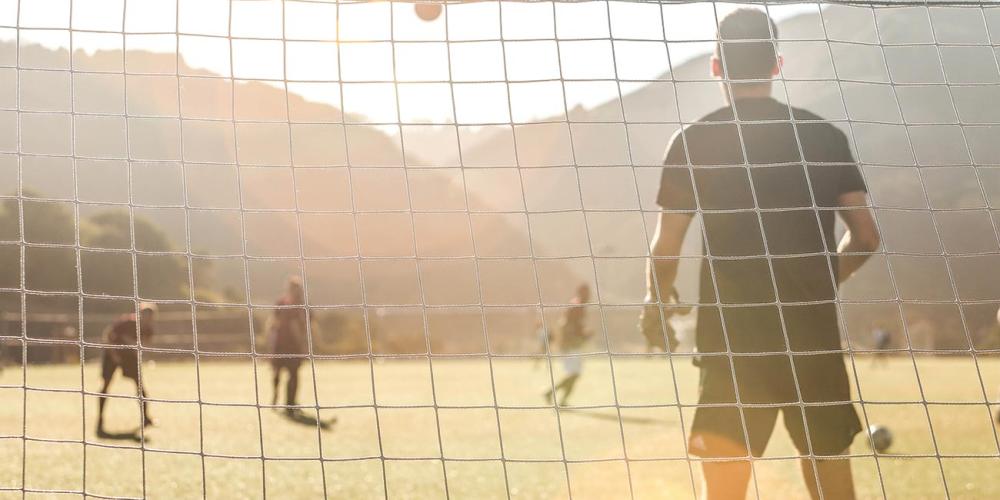 Most people around me live for money, but I decided to live for God!” Asim,* the goalie of his city’s soccer team in a closed country of the Middle East and North Africa Union, testifies that he plays to honor God. It’s affected his income, though. When he joined the team, he was the only Adventist in the entire region, and his request to have Sabbaths off was considered unreasonable. The managers flatly turned down his request.

“At first, I was penalized when they realized I wouldn’t play on Sabbath,” Asim said. “They cut my pay. I asked God to help me be a good player anyway. I saw Him blessing me; I don’t get many scores against me.” Asim’s demeanor is humble, but the team could not get along without him. Eventually, they decided to respect his convictions. “I never play on Sabbath, though!” he added.

Playing soccer for God isn’t Asim’s only witness. He also teaches English and French at a school. “I decided to use that as a mission field as well and told my class about the Al Massira Bible video series. I explained [to my students] that it covers stories from the Tawrat, or Old Testament, and would help them build their English language skills.” The Bible stories become the center of their discussions as they practice conversational English.

But sports and teaching don’t consume all Asim’s time. He heard that a local Christian congregation didn’t have a regular leader. He stopped by the church, introduced himself as a Seventh-day Adventist, and began worshiping with them and leading a study group.

One week when they didn’t have a preacher for the coming Sunday, they asked him to fill in. They liked his preaching and soon invited him to preach every Sunday.

That’s when Asim began a series on the important biblical teachings that Adventists call the fundamental beliefs. His “adopted” church members are not only learning the simple truths of the Bible but also experiencing the ministry of Jesus as Asim visits them in their homes and relates to their needs.

Seeing decisions for Jesus is his favorite part of his tentmaker’s life. For several years, Asim has led two weekly Bible study groups comprising Christians and non-Christians. A year ago, as COVID-19 decreased in the region, friends helped him dig a hole in their backyard, which they lined with heavy black plastic and filled with water. Under the circumstances, it was the best baptistry they could provide for three of his friends, all from non-Christian backgrounds, who were baptized as the first Adventist converts in the entire region. Asim is not alone in his fellowship anymore!

Asim knows there is much work to be done. “I see more and more people interested in knowing God. I see a tremendous opening for God’s work. The four of us are now praying for workers to come to our city.”

Asim has fully dedicated his life to God’s work, and God is using him to make an impact on every person he meets.

*Name has been changed