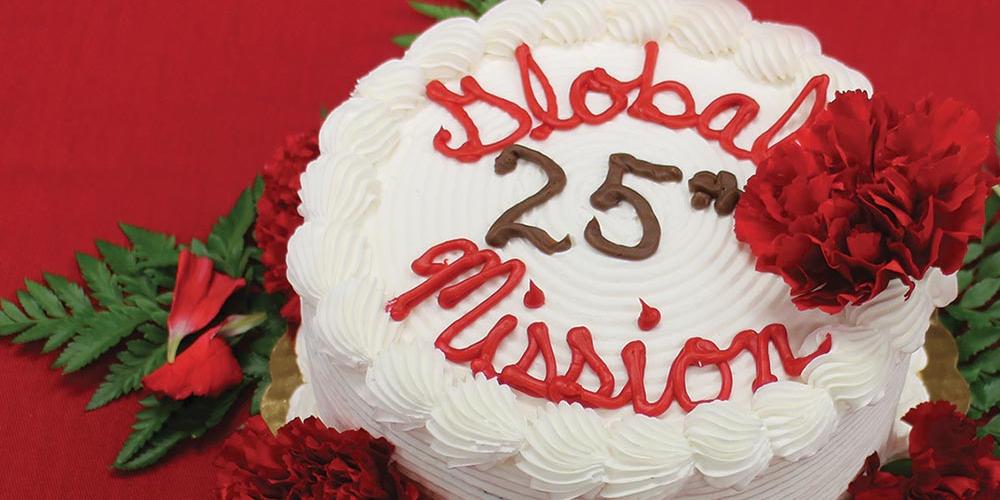 Can you believe that it’s been 25 years since Global Mission began its front line mission service, planting new groups of believers in unentered geographical areas and among new people groups of the world? So much has happened during this time. Please join us in a stroll down memory lane as we celebrate how God has blessed Global Mission through the years.

For nearly 100 years, the Seventh-day Adventist Church had experienced limited success in sharing the gospel with nonChristians. Then, in 1989, the General Conference created a new mission initiative called Global Strategy.

Establishing new groups of believers has always been Global Mission’s priority, so in 1993 it created the pioneer program. Pioneers are local lay people who live and work in communities where there is no significant Adventist presence. Some are the only Seventh-day Adventists in an area of more than one million people!

Another immediate focus for Global Mission was reaching the 10/40 Window, a territory stretching from North Africa through the Middle East and Asia. It’s home to two-thirds of the world’s population, most of the world’s least-reached and poorest people groups, and the fewest Christians.

The first issue of Frontline was published to share the challenges and successes of Global Mission with the world church.

During this decade, more than half of the world’s population lived in cities for the first time in history. Global Mission intensified its outreach by placing more pioneers in urban settings and supporting innovative approaches for reaching urbanized people.

The General Conference president called church members world wide to reach cities for Christ with an initial focus on 600 major cities. Global Mission has led in the Mission to the Cities initiative by establishing a new center for urban mission and resurrecting Ellen White’s center of influence concept for the 21st century.

More than 100 years ago, Ellen White envisioned centers of influence being established in every city of the world through such venues as vegetarian restaurants, treatment rooms, and lifestyle education. The centers were to follow Jesus’ wholistic method of ministry—mingling, meeting needs, showing sympathy, gaining trust, and inviting people to follow God. More than 300 urban centers have been established, and many more are in the planning process. Your Global Mission donations help to support these centers. To learn more about them, please visit urbancenters.org and MissionToThe Cities.org.

The year 2012 saw the debut of Global Mission Snapshots, a television series highlighting the experiences of Global Mission pioneers and church planters. Perfect for Friday evenings and Sabbath afternoons, these videos are available at adventistmission.org/videos.

The first issue of Mission 360° rolled off the press. Filled with stories about Global Mission pioneers and missionaries and the people whose lives they touched for Jesus, this quarterly magazine keeps you on the cutting edge of Adventist mission. You can read Mission 360° online or select a free app by visiting Mission360Mag.org.

Church leaders came together from around the world for several days to pray and plan for the Mission to the Cities initiative. They voted the It’s Time document that outlines specific goals for planting new groups and building the church in the world’s cities—particularly those with more than 1 million people.

My, how you’ve grown!

In 1990, there were 31,654 churches with a membership of 6.5 million people. A new church was organized approximately every 9.3 hours.

In 2014, there were 78,810 churches with a membership of more than 18 million people. A new church was organized approximately every 3.5 hours. Many of these congregations were started by Global Mission pioneers.

As you can see, there’s much to celebrate on Global Mission’s 25th birthday. Thousands of people have come to know Jesus and have joined the Seventh-day Adventist Church family. Your prayers and donations have helped make this possible, and we want to thank you!

We invite you to explore our stories and resources at AdventistMission.org. Please continue to support Global Mission in the future. Hopefully, with God’s blessing and your help, we won’t be celebrating many more birthdays.

To view more pictures for this article and to read more articles visit  http://am.adventistmission.org/global-mission.